The Mississippi Choctaws maintain strong connections with elected officials at the local, state and federal level. The Tribe enjoys positive relationships with our state legislative delegation as well as the state’s elected leaders. Our tribal leadership also frequently engages with the state’s congressional delegation and with federal executive cabinet leaders. 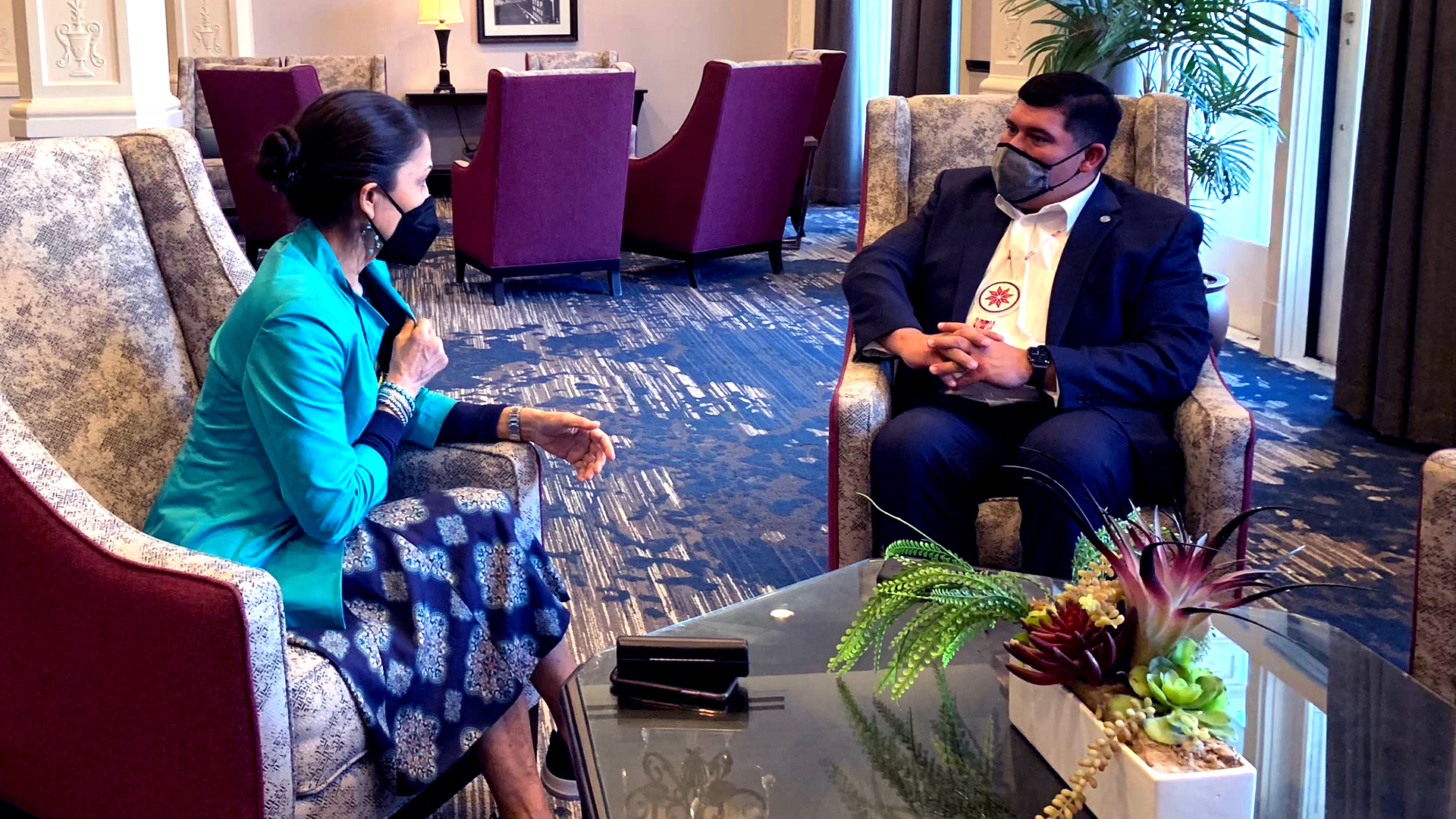 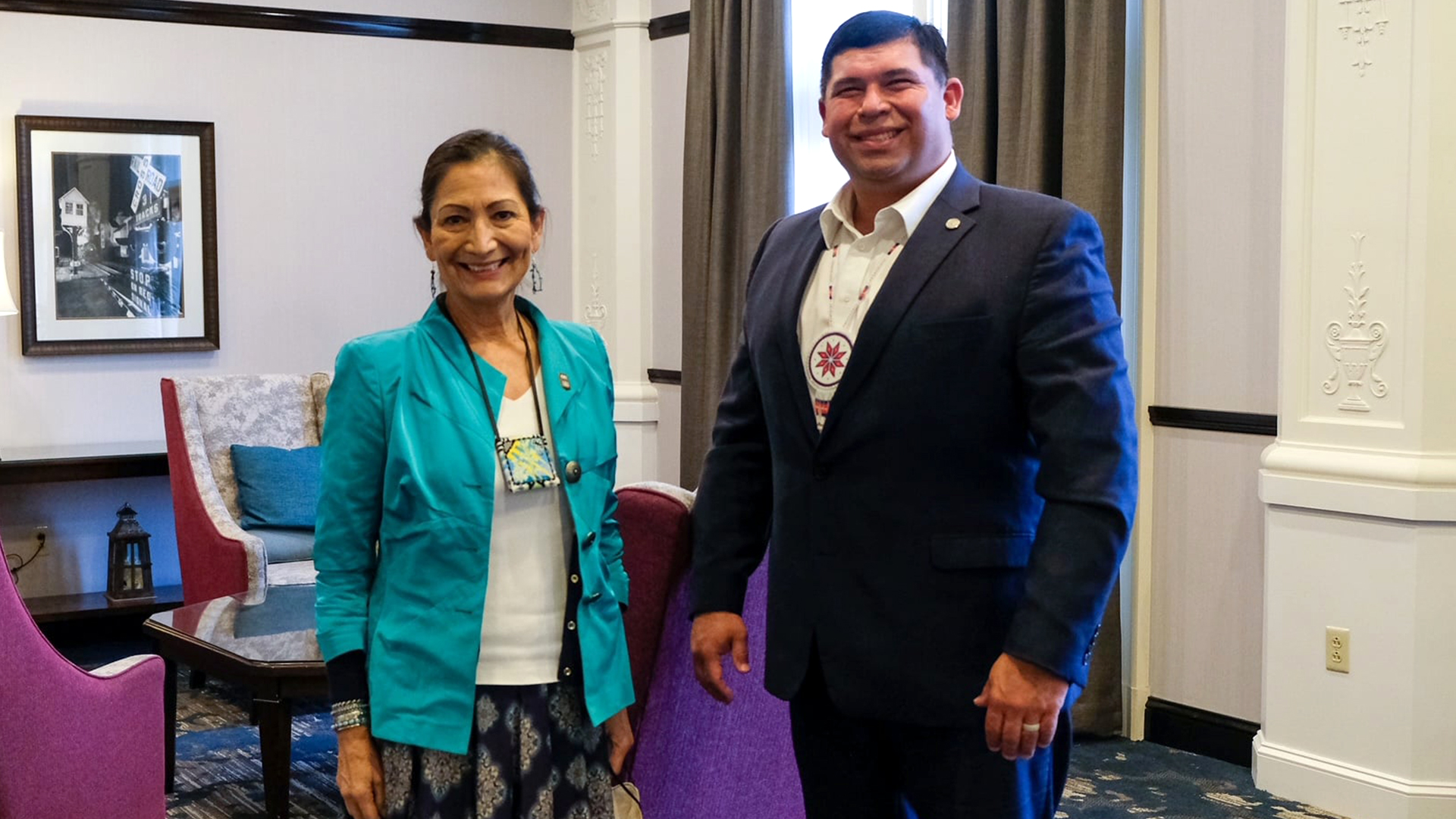 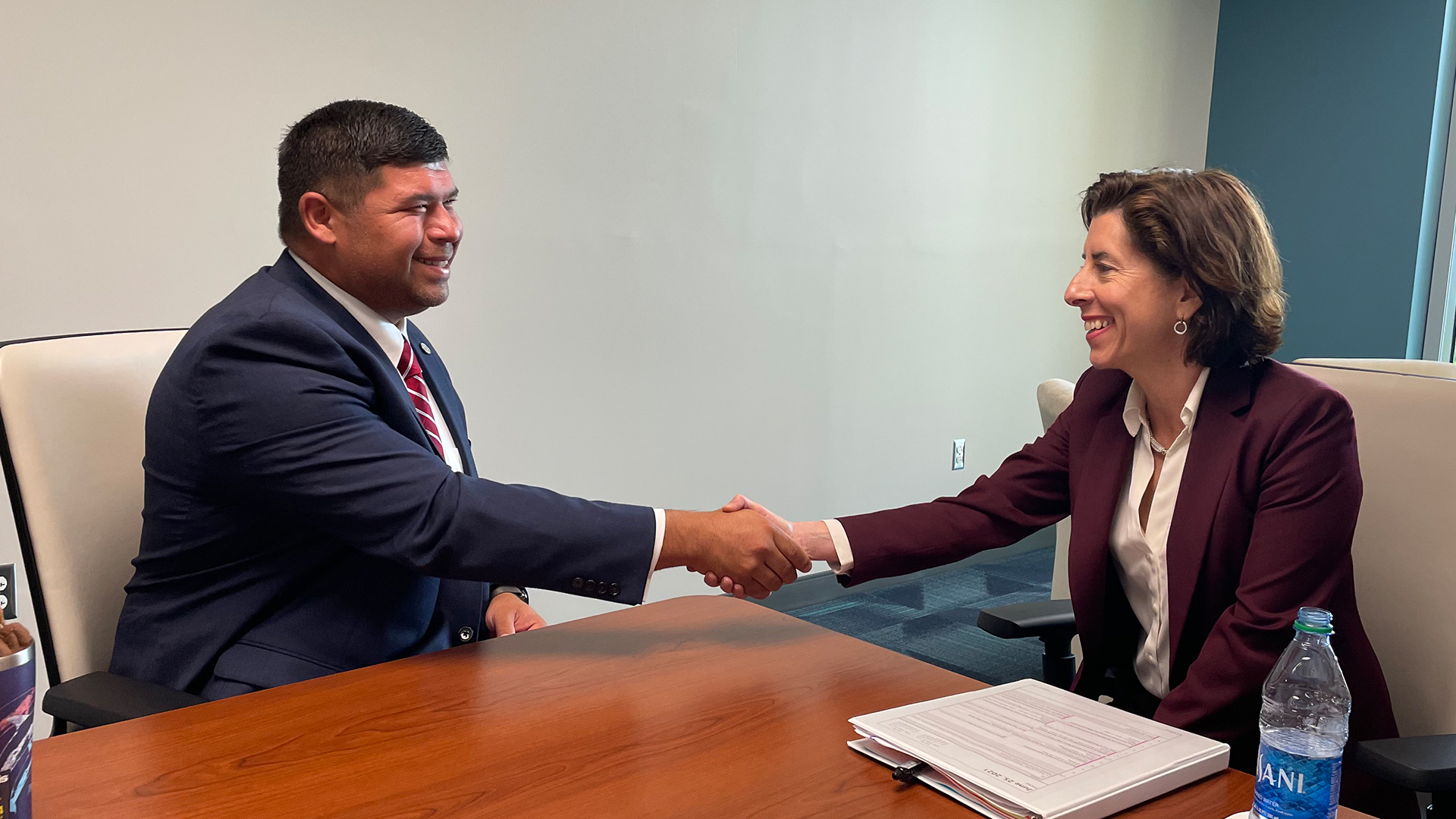 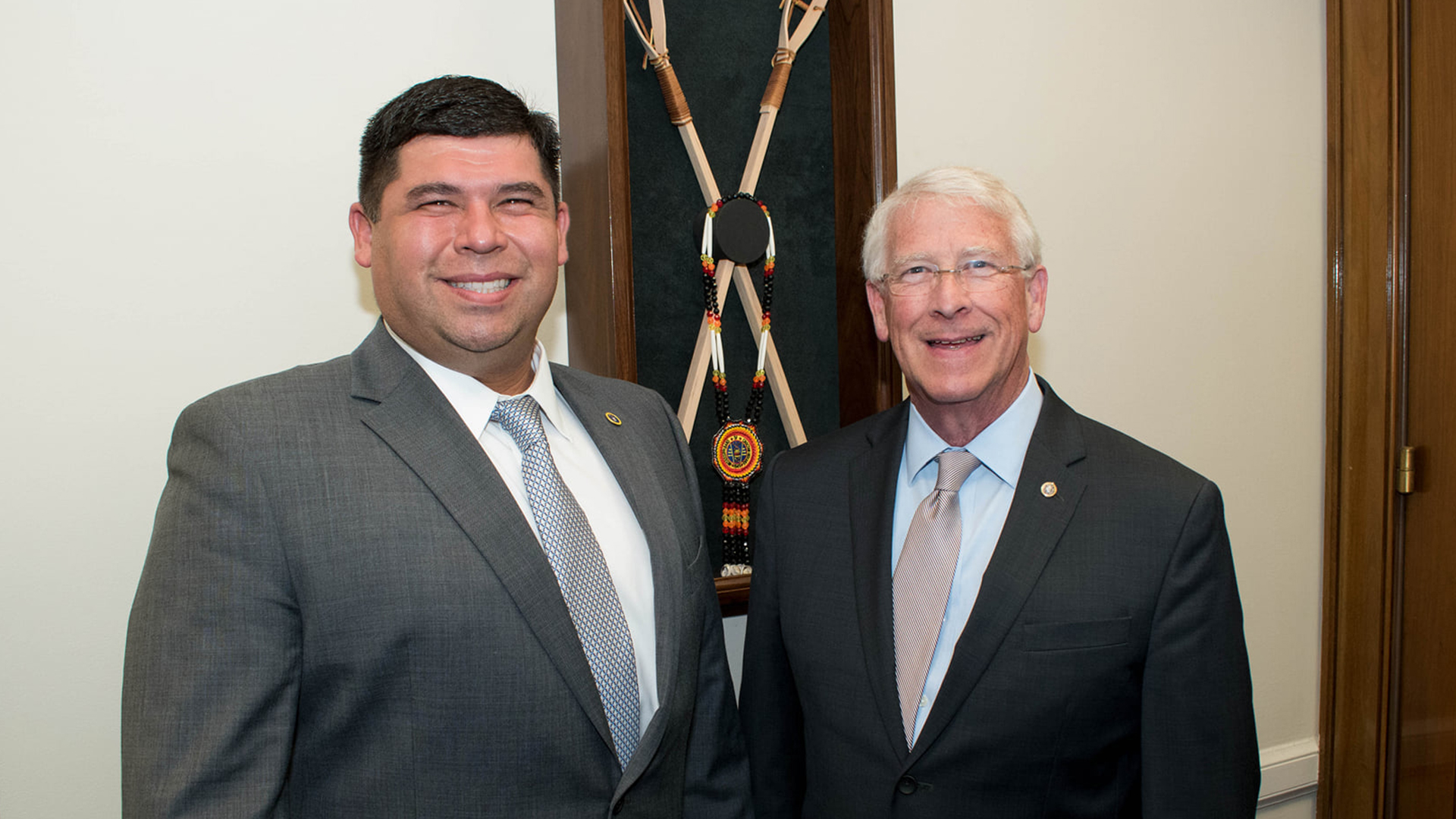 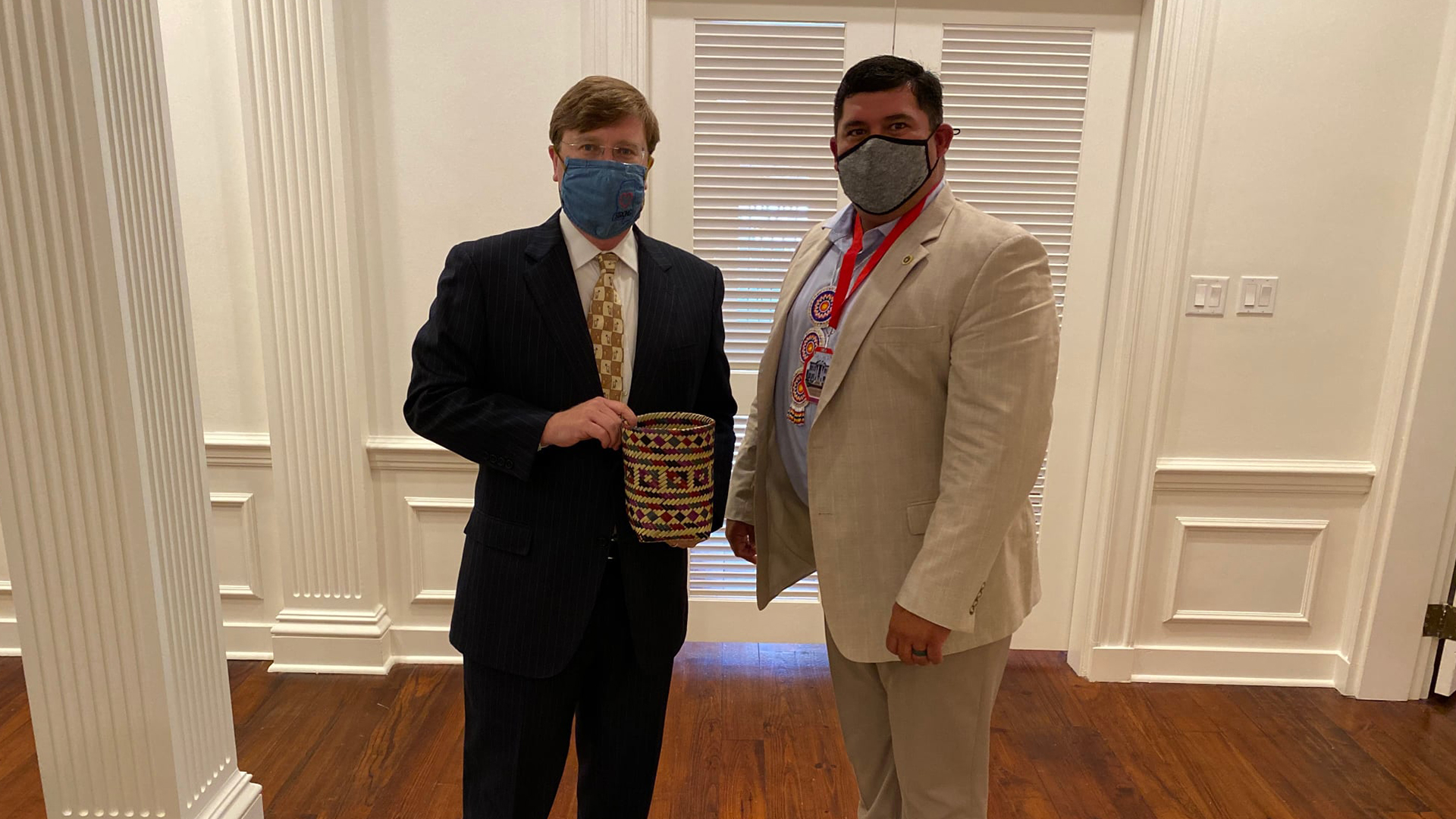 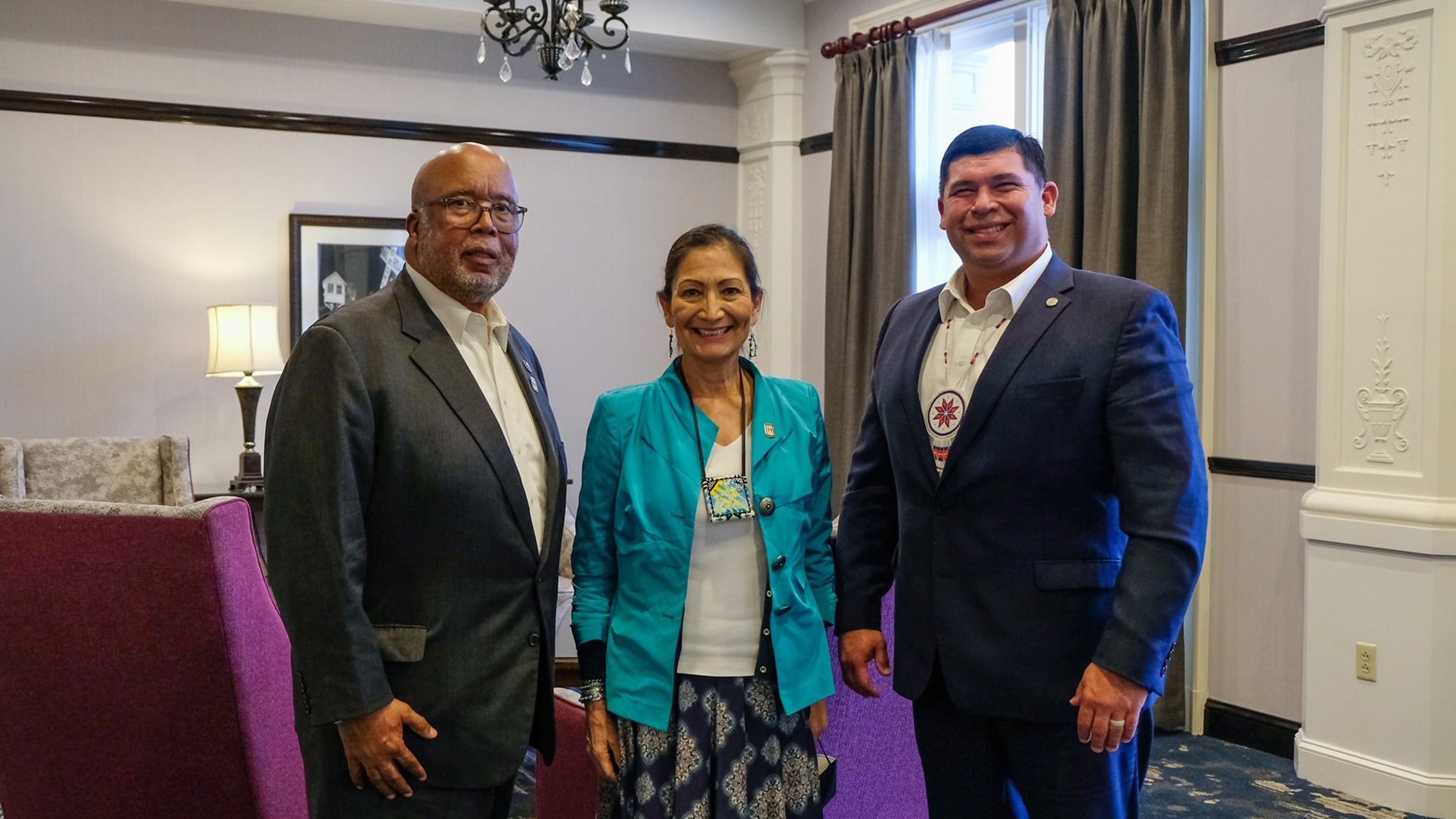 In 2020, Tribal Chief Cyrus Ben was appointed to a nine-member team that would oversee the design of a new state flag. He was selected by Governor Tate Reeves to participate in this committee and bring the historical perspective of the Tribe to the design of the new flag. The Commission reviewed hundreds of designs to get to the new selection.  Chief Ben said serving on the commission was an honor that gave him a chance to educate people in Mississippi about the Mississippi Band of Choctaw Indians, the state’s only federally recognized tribe.

It’s a perspective that has historically been forgotten or overlooked, he said. “Many are not aware of who we are, that we are still alive and thriving here in central Mississippi,” he said.

The new state flag features a magnolia flower, a symbol of hospitality, surrounded by 20 stars, signifying Mississippi’s status as the 20th state in the union, and a gold five-point star to reflect Mississippi’s indigenous Native American tribes. The gold star is made of diamond shapes that are significant to the Choctaw culture.

After the design was approved by the Commission, it was voted on in a statewide election and approved by Mississippi’s voters. The new flag was raised at the state Capitol in January 2021. 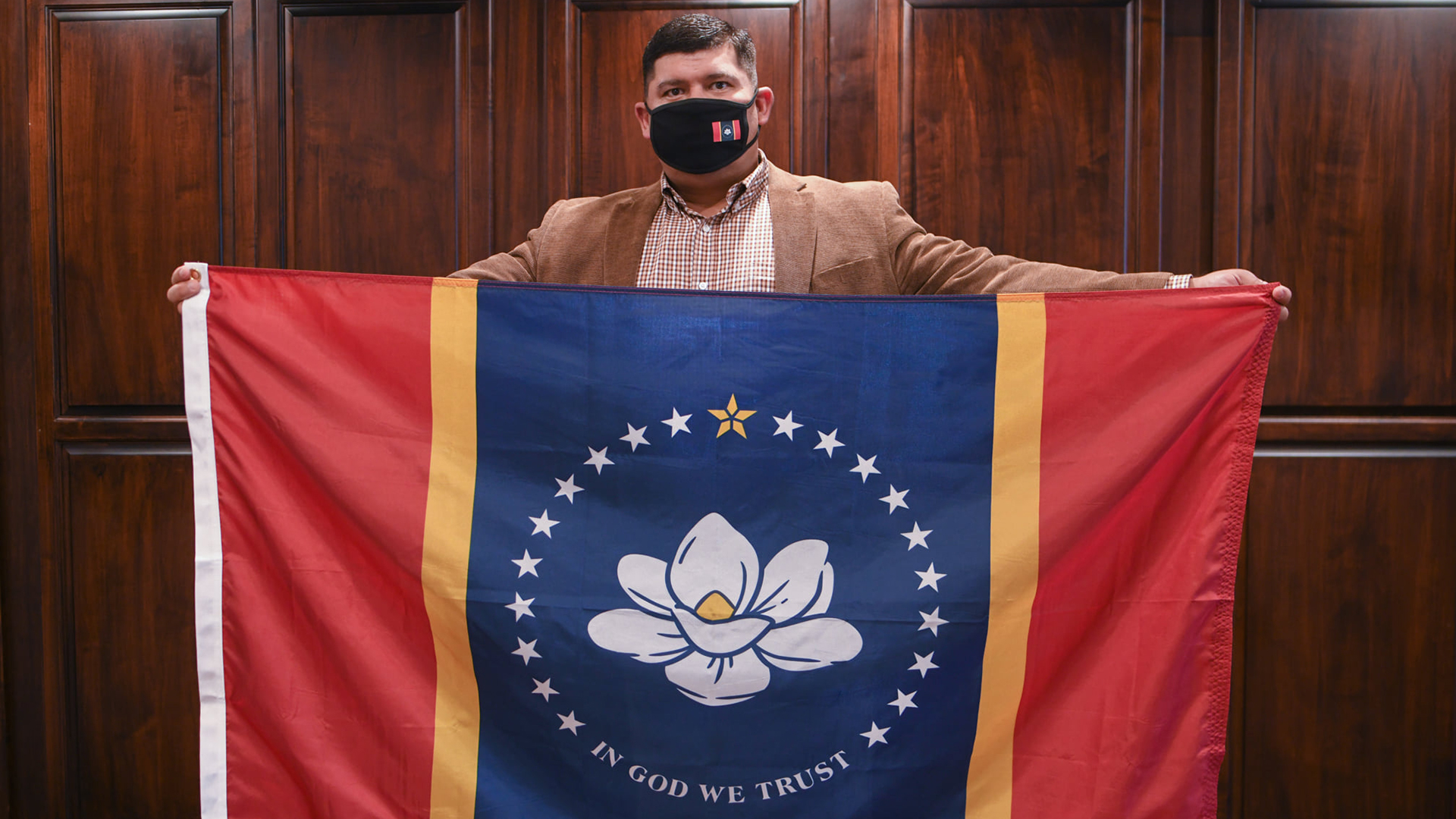 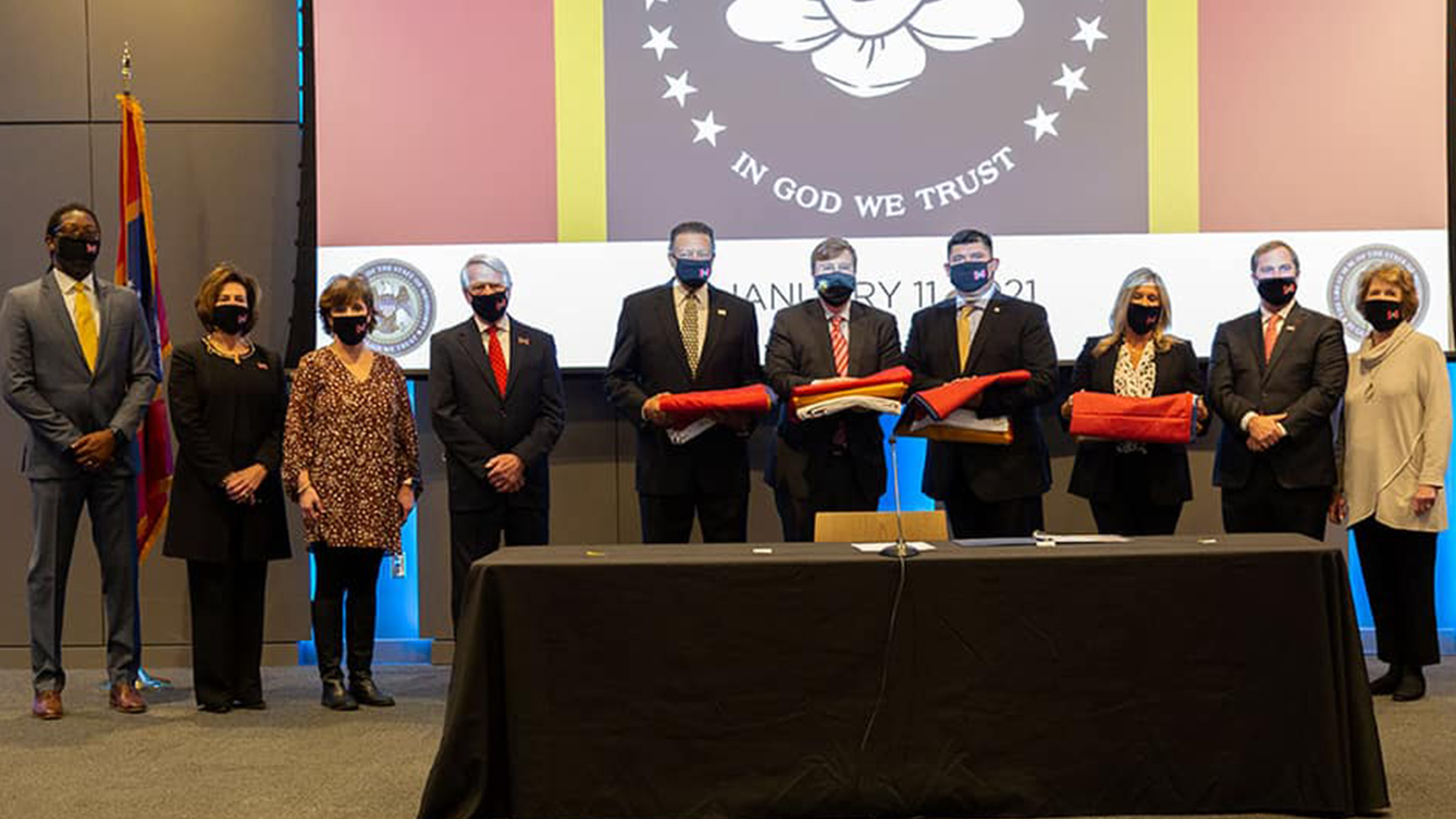 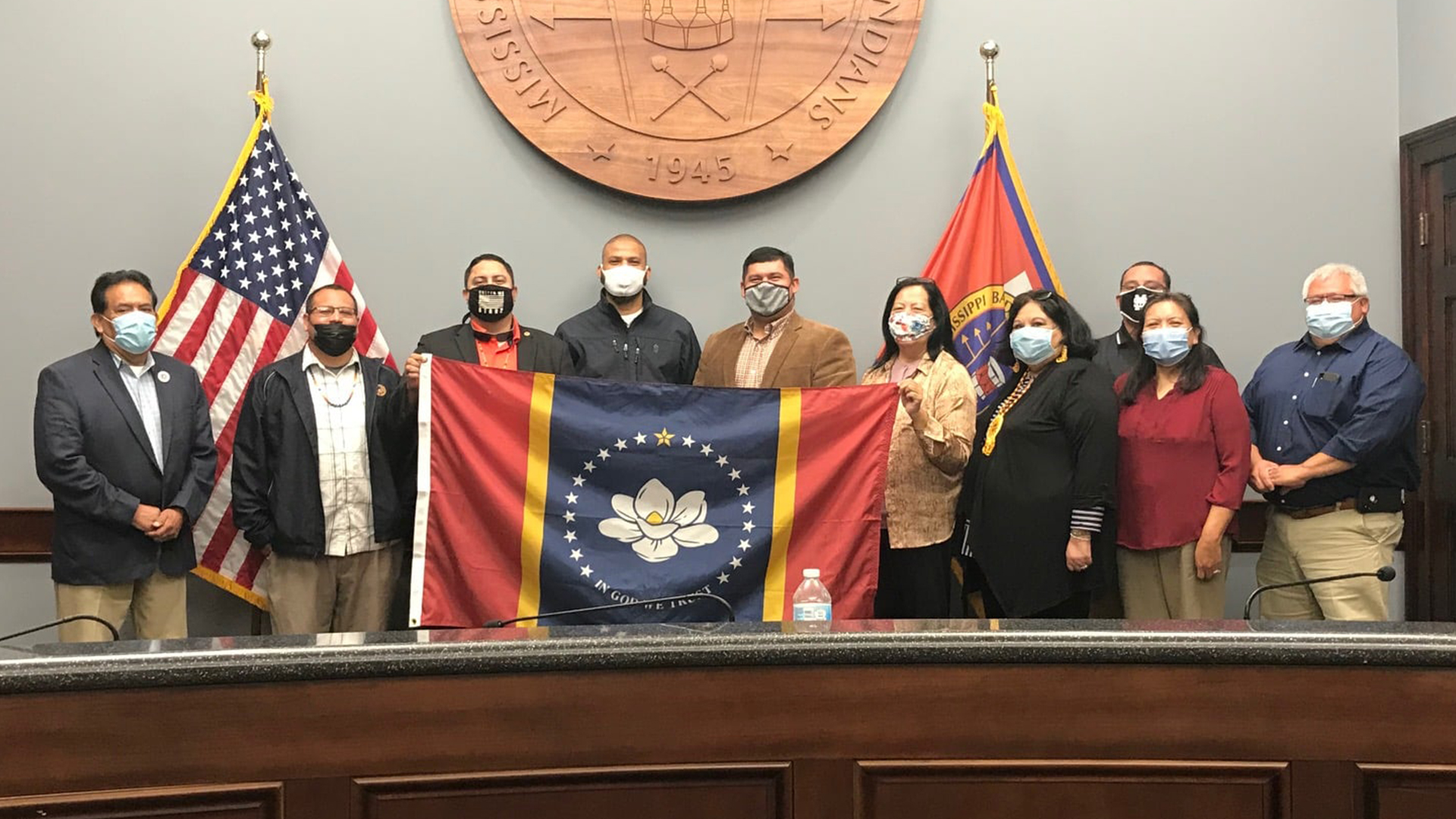 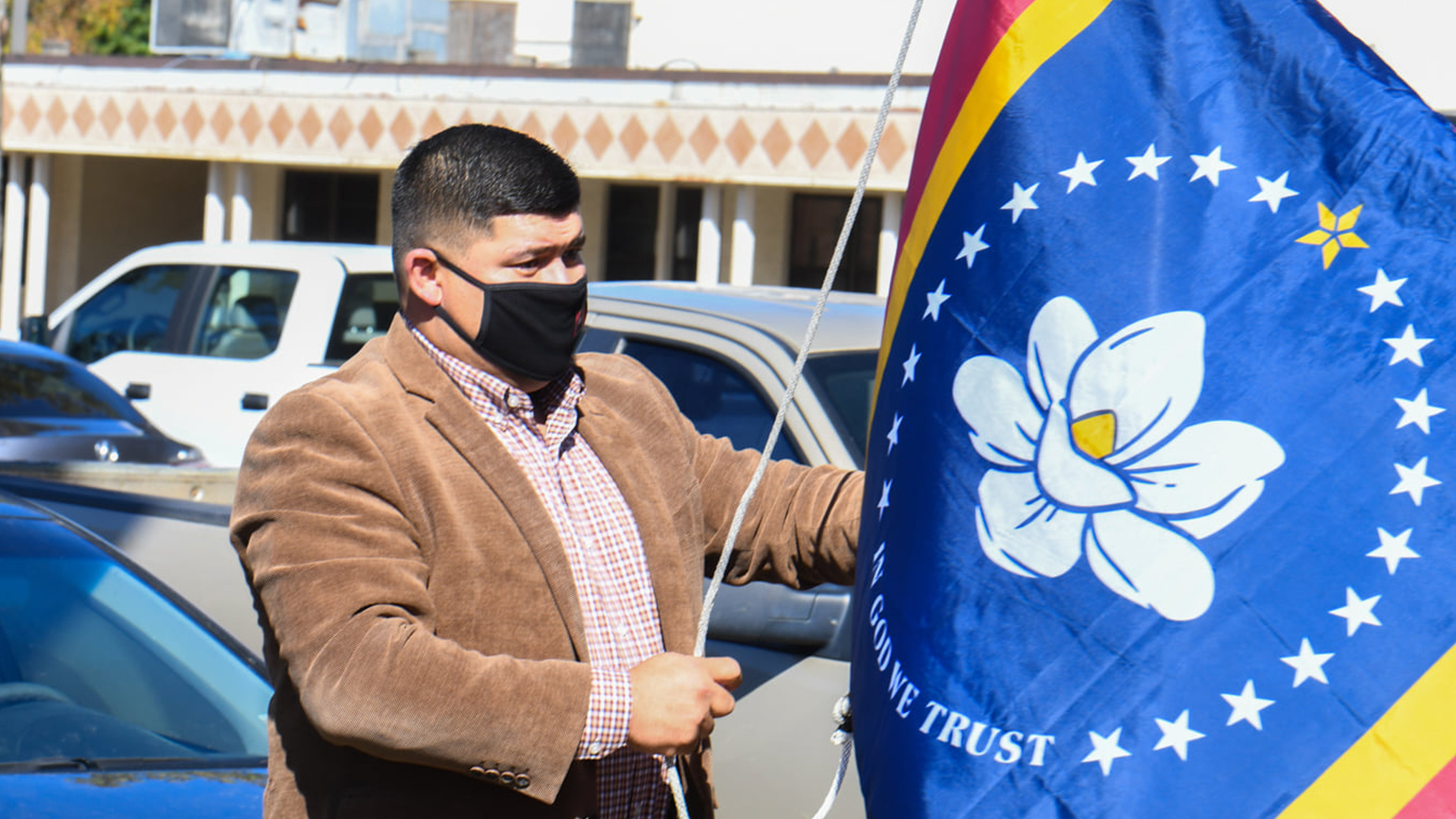