Beginning in January 2021, these students received instruction in coding and applications. In addition, the Coding Academy gave them a chance to think about different career opportunities for their future. Their primary instruction was in C# (C Sharp) programming language. They also learned to use functions, statements, boolean, and looping.

Students learned how to correct their errors in Visual Studio. Visual Studio is used as a developer’s tool that makes app development easier for any platform and language. Next, they switched to PICO-8, a fantasy console for making, sharing, and playing tiny games and other computer programs. The class finished by creating a game that involved making a ball hit a paddle and go back and forth within the game without leaving the screen. They called this new game “Breakout.”

We want to thank the Mississippi Coding Academies, Mississippi Band of Choctaw Indians, Choctaw Tribal Schools, Office of Economic Development, Ben Hubbard, Dr. Sarah Lee, John Hendrix, Dr. Randy Grierson, Shonda Wesley, Andrew Stamps, and most of all, the students that participated in the first-ever MS Coding Academies cohort held in Choctaw, MS. Thank you for making the class a success! Hopefully, we will be seeing MCA again soon! 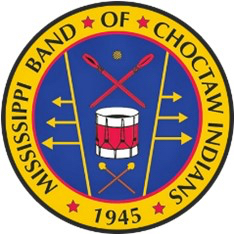 WASHINGTON, D.C. – The International Economic Development Council (IEDC), the largest nonprofit professional association for professional economic developers in the world, has selected the recipients of its 2022 Excellence Awards. Recognized each year during the IEDC...

CHOCTAW, Miss. -- U.S. Secretary of Commerce Gina Raimondo announced that the Department’s Economic Development Administration (EDA) is awarding a $5.8 million grant to the Mississippi Band of Choctaw Indians for the construction of the Advanced Workforce Training...