Louisville, Mississippi – Winston Plywood and Veneer, a state-of-the-art plywood mill located in Louisville, Mississippi, announced today the launch of a new initiative to strengthen workforce recruitment and retention. The Winston Ambassador Program recognizes a select group of leaders from across the company for their leadership, dedication, and selfless approach to making Winston an exceptional place to work.

Members of the Winston team who were selected as the initial Ambassadors participate in job fairs and community events, share Winston’s culture with potential new hires and coach new team members during their employment transition. Having each distinguished themselves as mentors and community stewards, they share their work experience serving as a peer resource for questions, mentorship and camaraderie.

The Ambassador Program is supported by the company via a new referral bonus program to reward current employees for each new team member they recruit, with more earnings possible based on the longevity of the recruited team members.

“What makes Winston special is our people, many of whom are true leaders in Louisville and its neighboring communities as well as in the mill. We know that to compete and win, we’ll need to continue to attract, hire and retain the very best talent possible. By creating this new Ambassador Program, we’re investing in those who have already taken a leadership role and asking them to help us build an even stronger team in the years to come,” said Bruce Warren, CEO of Winston Plywood.

“In many ways, Winston Plywood is the heartbeat of Louisville, Mississippi and we take that responsibility very seriously. This Program recognizes those who have made the commitment to help us be great, every day, and to help us find those who want to build their careers as part of our family. We could not have chosen a more amazing group of people to be our first Ambassadors,” said Chasta Rauccio, Vice President of Human Resources.

The inaugural members of the Ambassador Program include:

About Winston Plywood and Veneer

Winston Plywood & Veneer produces and distributes engineered specialty plywood and veneer products for industrial markets and plywood for the building product markets in North America from its state-of-the-art facility in Louisville, Mississippi. With more than 375 associates, it is one of the most modern and efficient mills in North America. To learn more, please visit www.winstonplywood.com. 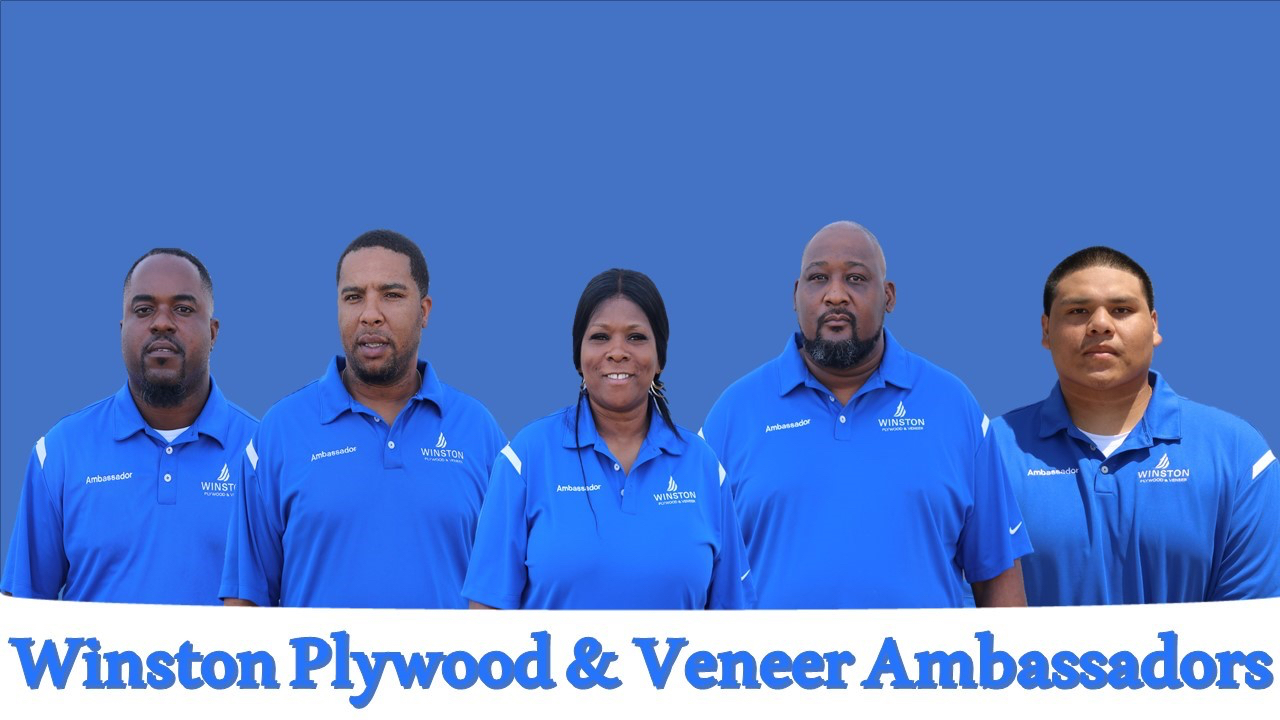 CHOCTAW, Miss. -- Brian Robinson’s National Center for Construction Education and Research (NCCER) Electrical Core Curriculum class had breakfast and a visit from Chief Cyrus Ben to show appreciation for their work and determination in class. Students include Michael...

CHOCTAW, Miss. -- Shonda R. Wesley is from the Pearl River Community but currently is living in Edinburg, MS. Ms. Wesley’s parents are Deborah Tubby, Stepdad Sandy Tubby, and the late Kenneth Wesley. She has three brothers and three sisters and many nieces and nephew....

CHOCTAW, Mississippi -- As COVID-19 continues to hinder the in-person site selection process, the Mississippi Band of Choctaw Indians' Office of Economic Development is responding by offering virtual tours online of its available sites and buildings. In its recently...

CHOCTAW, Miss. -- The Mississippi Band of Choctaw Indians’ two Opportunity Zone designations are expected to garner attention in the coming months as a result of a projected big boost from the new administration in Washington.   The MBCI was able to secure Opportunity...

CHOCTAW, MS -- On January 19, 2021, the Mississippi Coding Academies (MCA) and the Mississippi Band of Choctaw Indians Office of Economic Development had a ribbon cutting ceremony to celebrate the MCA TechShare program that will be taught at Choctaw.  Choctaw is one...

CHOCTAW, Mississippi -- The Mississippi Band of Choctaw Indians recently closed a New Markets Tax Credit transaction related to its two new early childhood education centers and an elementary school expansion -- resulting in a $2.3 million benefit to the Tribe. “We...

CHOCTAW, Miss. -- The Mississippi Band of Choctaw Indians is updating all of its commercial and industrial buildings with needlepoint bipolar ionization, a technology that will greatly enhance the air quality and provide neutralization against Covid-19.  "In an...

CHOCTAW, Miss. — Christopher Dearing lives in Philadelphia, MS with his family and currently is an employee of the Mississippi Band of Choctaw Indians. For the past three years, he has worked as an HVAC/R Technician for Choctaw Tribal Maintenance. He has over 10 years...

CHOCTAW, Miss. -- The Mississippi Band of Choctaw Indians recently was awarded a 2.5 GHz license by the Federal Communications Commission, which will be used to provide wireless broadband service in portions of the Bogue Chitto and Conehatta communities. This license...